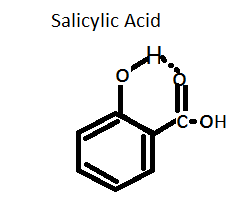 Posted by Silviya at 9:51 AM No comments:

Anto bonding is a type of chemical bonding. Anti bonding orbital is a form of molecular orbital that is located outside the region of two distinct nuclei. The overlap of constituent atomic orbitals is said to be out of phase and the electrons present in each anti bonding orbitals are repulsive and act to destabilize the molecule as a whole.
Example :

H2-    is a diatomic molecule containing 3 electrons. One of the electron found in anti bonding orbital.  Hydrogen atoms have a single 1s electron. The 1s orbital has 2 electrons. One is spin 'up' electron, another one is spin 'down' electron. If a hydrogen atom contains an extra electron, forming a H-  ions , the 1s orbital is filled.
H atom and  H-   ions approach each other to form a sigma bond between the two atoms. Each atom contribute the electrons to fill the lower energy sigma bond. Extra electrons fill a higher energy state to avoid interaction with other 2 electrons. The higher energy orbital is called the anti bonding orbital. ( σ * ).

Posted by Silviya at 2:04 AM No comments: 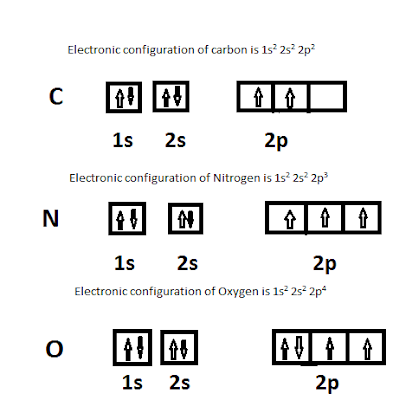 The molecular orbitals are filled in the increasing order of their energies starting with orbital of least energy. This principle is used to determine the electronic configuration of an atom, molecule, or ion. In German Aufbau meaning "building up, construction " . This is other wise called as aufbau rule Or building- up principle.
These orbitals are filled in the order of n+l rule. n+l rule also known as Madelung rule or klechkowski rule. Orbitals with lower n+l value are filled before those with higher n+l value.

The order of the orbital energies from lowest to highest. 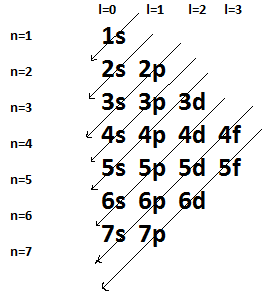 Example :
Oxygen has 8 protons and 8 electrons. First 2 electrons would fill the 1s orbitals. Next 2 would fill the 2s orbitals and the remaining 4 electrons to take spots in the 2p orbitals.
Electronic configuration of oxygen is  1s2 2s2 2p4

G P Thomson in 1928 performed experiments with thin foil of gold in place of nickel crystal. Thomson observed, beam of electrons after passing through the thin foil of gold is received on the photographic plate placed perpendicular to the direction of the beam, a diffraction pattern is observed before. This conforms the wave nature of electrons. 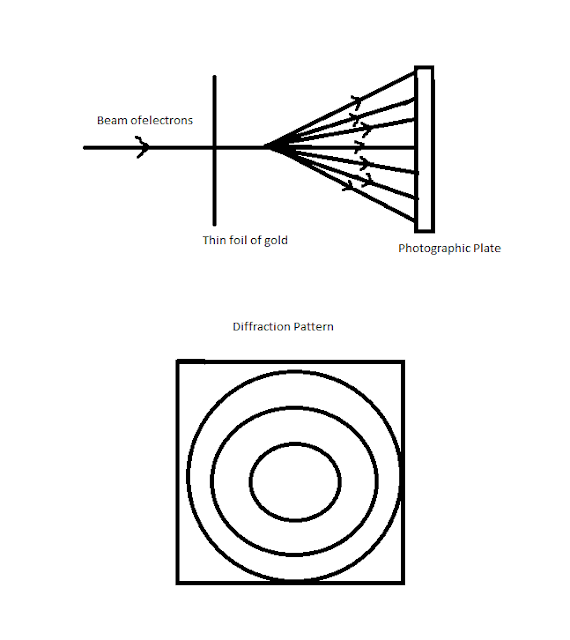 Posted by Silviya at 9:31 AM No comments: