Animal fats and vegetable oils are esters of carboxylic acids. These fats and oils are called triglycerides. Triglycerides reacted with sodium or potassium hydroxide to produce fatty acid salt and glycerol. The salt of fatty acid is called soap. 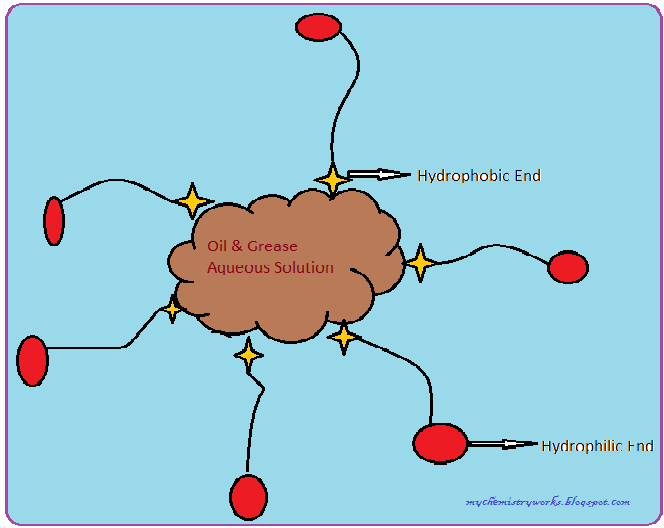 Hydrophilic -  ( water loving )
Hydrophobic- ( water hating )
Soap do not work well in hard water. Hard water containing calcium and magnesium ions. these ions react with soap to form an insoluble precipitate known as soap film. This precipitate is often seen as a gray line on a bathtub or sink and is often called scum.

Detergents:
Detergents are similar to soaps. They work in both soft and hard water. The detergent removes the oil film and the dirt can be washed away.

Email ThisBlogThis!Share to TwitterShare to FacebookShare to Pinterest
Labels: Chemical Reaction In Our Daily Life, Chemistry Used In Our Daily life